Healthy Carbs You Should Eat Everyday

It’s been drilled in us that carbs are bad. They cause weight gain, digestive problems and even diabetes. But we were duped. In fact, it turns out that carbs have been greatly misunderstood.

Carbohydrates are micro nutrients found in food and drinks. Most are naturally found in plants, while some are added by manufacturers in the form of added sugar.

There are 3 main types of carbs:

These 3 can be further divided into 2 main groups; refined and unrefined. The former being what nutrition experts have defined as unhealthy, such as white sugar, bread and pastas, as well as most desserts.

The latter is the healthy kind which provides you with a slow-release of energy. They also provide your cells with glucose which is converted into energy to keep our muscles and brains in optimal conditions.

The Dietary Guidelines for Americans recommends that 45 – 65% of your daily caloric intake should consist of carbs. That’s over a third of what you eat every day, which should make you rethink your stance on carbs.

So why not make carbs your friend by adding these 5 five healthy choices to your daily diet.

According to a study carried out at Penn State, individuals who ate whole grain bread, pasta, and brown rice lost more belly fat compared with those who ate processed grains. In addition, whole grains protect you against digestive problems, heart diseases, and other health-related problems.

White potatoes spent years being lumped in with the unhealthy bunch of ‘whites’; white sugar, bread, and rice. The truth is potatoes are way better for you because they contain high amounts of vitamin C, B6, manganese and potassium, with some fiber as well.

Also known as pulses, this group of legumes includes chickpeas (or garbanzo beans), lentils, peas and beans. They’re high in folate, iron, potassium, and magnesium. They keep you feeling full for longer periods of time and works at maintaining your weight.

They’re also rich in protein and high soluble fiber content which helps shed visceral weight that plumps up your waistline, protecting you against diabetes and heart disease. They also lower the bad type of cholesterol (LDL) while maintaining healthy HDL levels.

Even though each one contains nearly 27 grams carbs, they’re known for their ability to raise levels of the hormone adiponectin. This hormone works at regulating blood sugar levels with the help of the antioxidant, carotenoid, which give them their bright orange color.

It also boosts metabolism while, at the same time, keeping your weight in check since sweet potatoes are fat-free with low amounts of sodium and calories. They’re also high in vitamins, such as B6, A, and C which are great sources of energy.

Oatmeal contains 10 grams of protein, but a ton of complex carbs. Both works together to slow down digestion, providing you with high levels of energy for a long time.

It also protects against heart diseases, diabetes and obesity since it’s rich in antioxidants, minerals and vitamins. It could be why they’re believed to be the ‘healthiest whole grain foods on the planet’.

So, in order to get the most out of your food, make sure you pick your carbs wisely. Most healthy foods include some amount carbs in them, but it’s all about moderation. Make sure you stay away from (or limit) anything with added sugars, such as candy, desserts and sugary drinks since they’re low in nutrition and high in calories. 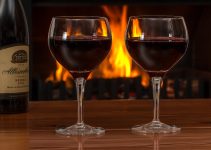 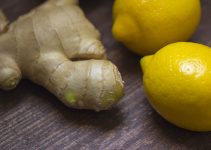